Angel & Arnold among the paintings 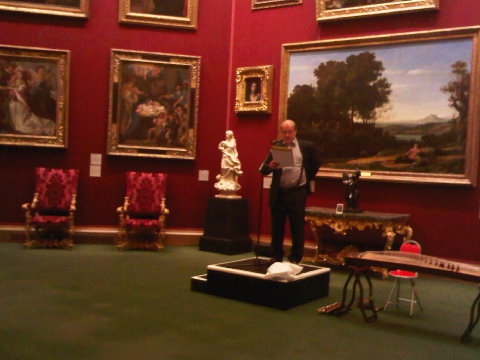 As a special treat for the Scottish audience, Arnold gave a preview of a few passages of his new novel Angel set in Scotland. You can read the Caledonian Sleeper and a passage from Ghosts.

Afterwards, members of audience told Arnold that they really enjoyed the wonderful descriptions and one person remarked that he had recognised his holiday cottage in Arnold’s writing.

Arnold performed at a networking reception organised by the Dutch embassy & Litro, which formed part of the activities around the opening of the Young Vermeer exhibition.