Arnold is a success at the Poetry Cafe

A splendidly mixed audience assembled at 7.30, eagerly awaited the start of this unique event, fortified by a drink from the bar upstairs.

Arnold first explained his working situation ‘the table and I are in danger of becoming one being.’ and recited the poem retrospective which describes this situation.

Arnold told us that he was in Bosnia in 1994 and that during this time he was the commanding officer of the Dutch UN unit at Tuzla Airbase. He also was a Grenadier Guard and once, he was in charge of the Dutch Queen’s personal protection guard at her palace. ‘It must have looked as though Elton John had donned the full ceremonial Guard’s uniform complete with a bearskin.’ 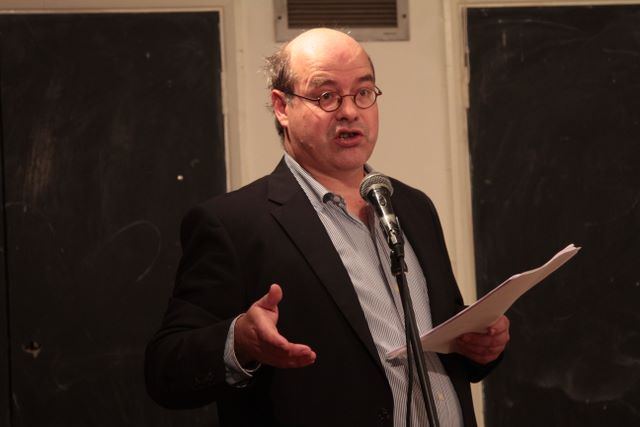 In his opinion you cannot become a poet, instead you are born with a certain way of looking at the world around you.

He explained his ties with England by reading from his recent column The Winking Waiter from Canterbury.

Arnold often writes about the differences between The Netherlands and England and looking at language is an obvious place to start. As he said in his column I am having my first period: ‘People from the UK have one big advantage: they speak rather good English’ 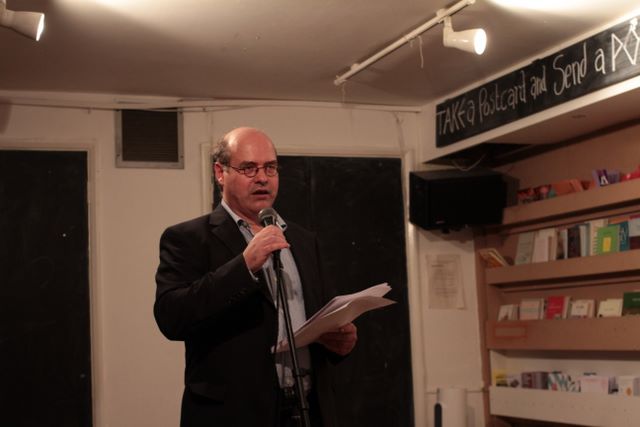 Literature tells you what people say on the drive home after leaving a birthday party. So that is how to read the title poem from Yugoslav Requiem. It is about the war in Bosnia, the atrocities, and especially about unspoken feelings. Arnold continued by reciting this poem first in English than in Dutch.
During the interval people mingled and took the opportunity to purchase a signed copy of Yugoslav Requiem. 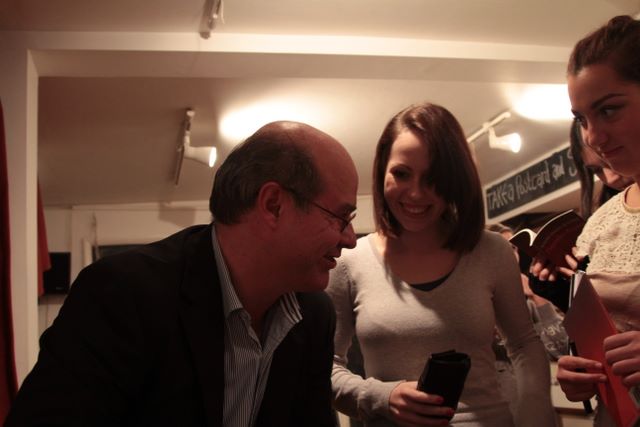 After the interval Arnold read The Poet and the Perpetrator, his column about the trial of Radovan Karadzic at The Hague: ‘Radovan Karadzic did try to kill me. Well, not personally, but…’

This led neatly to the poem srebrenica written from the point of view of the victims.

Yugoslav Requiem is the companion to the novel King of Tuzla and indeed the poem king of tuzla, read next, is about the novel. ‘I write myself into safety’ 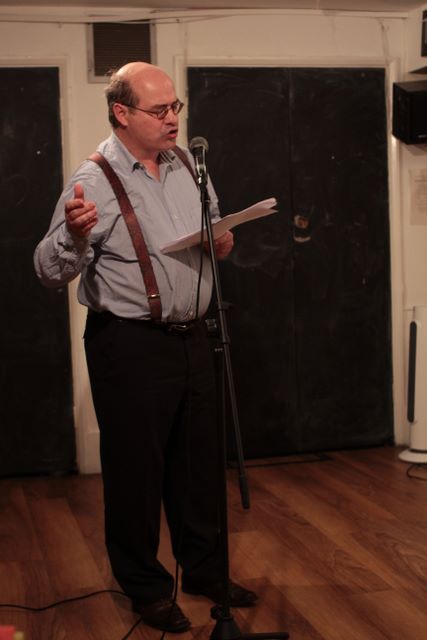 The last poem recited by Arnold was girls of sarajevo, a moving poem about the plight of young women during the war.

This was followed by a few penetrating questions from the audience and Arnold dealt with them expertly. He finished with a brilliant rendition of the first Dutch performance poet Johnny van Doorn’s most famous poem Een magistrale stralende zon (A Regally Radiating Sun) which rounded off a remarkable evening on a very happy note. 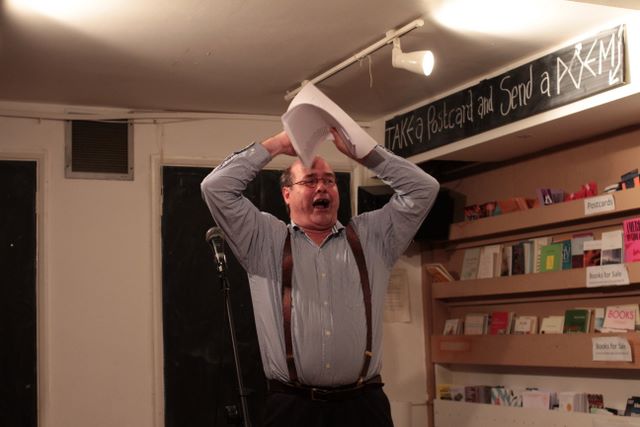 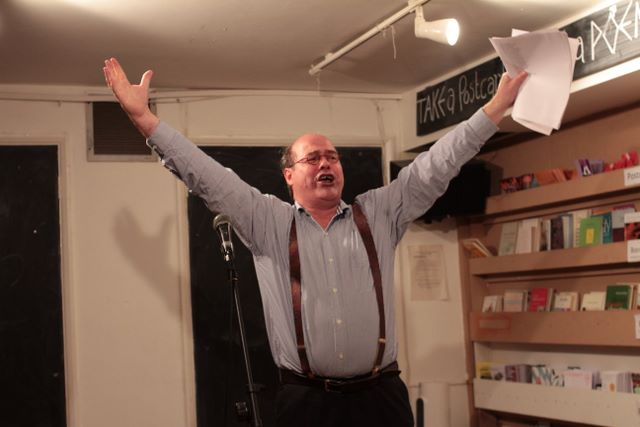 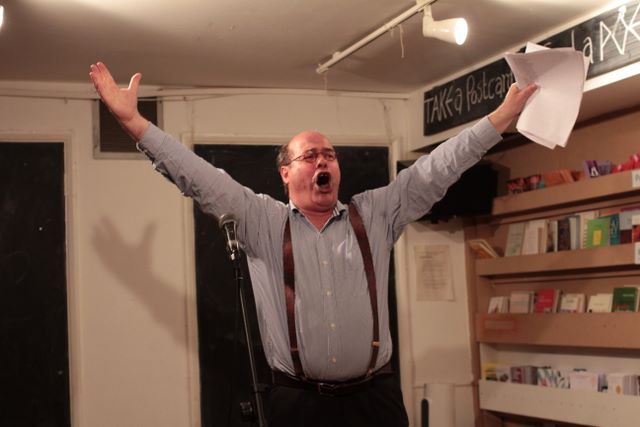