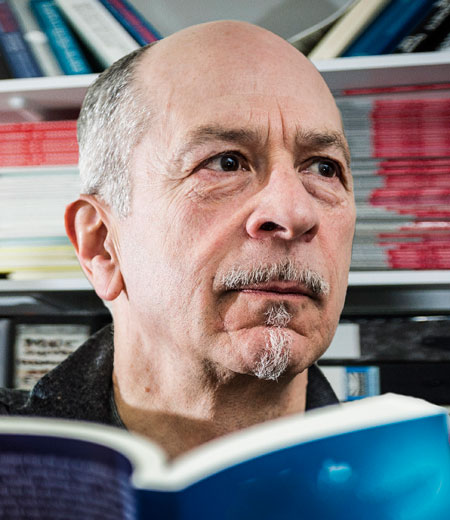 Anthony Ferner was professor of international human resource management at De Montfort University and was head of research in the Faculty of Business and Law for 12 years. He retired in 2014. He has published many works of non-fiction, mainly about the behaviour of multinational companies.

His short story ‘The Cat It Is That Dies’ appeared in the anthology The Sea In Birmingham, edited by Gaynor Arnold and Julia Bell and published by Tindal Street Fiction Group in 2013.

This story became the basis of Winegarden, in which the hero explores unconventional ways of coping with the burdens of love, grief and being an agnostic Jew. Winegarden, his debut novel, was published in October 2015 by Holland Park Press.

Another of Anthony Ferner’s short stories, ‘The tanks’, was shortlisted for the Irish Times summer short story competition in 2014.

His second novella, Inside the Bone Box, was published by Fairlight Books in 2018.

His latest novel Life in Translation follows the bumpy life of a jobbing translator dreaming of literary success. It was published by Holland Park Press in May 2019.

He has been a member of the Tindal Street Fiction Group, based in Birmingham, since 2010.

Read an interview with Anthony Ferner about writing fiction on Rob Mclennan’s blog.