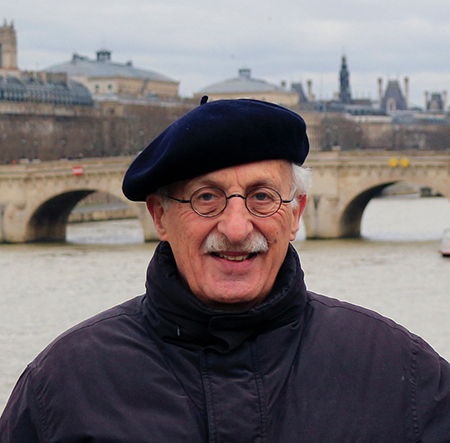 Norbert Hirschhorn was born in Vienna, Austria, in 1938. His parents escaped the Nazi regime by moving to London, where the family spent the war years before they were able to immigrate to the United States.

Norbert Hirschhorn served for nearly five decades as an international public health physician specializing in the public health of women, children and communities in the USA and the Third World. He was one of the inventors and developers of the life-saving technique known as oral rehydration therapy, for adults and children suffering fluid loss from cholera and other infectious diarrheal diseases.

In the past decade he has conducted research on tobacco control, in particular examining once-secret but now publicly available tobacco industry documents. In 1993 he was commended by President Bill Clinton as an ‘American Health Hero’. His work has been recognized by awards from the Dana Foundation and the Linda and Kenneth Pollin Foundation.

In retirement he devotes himself to writing and publishing poetry and literary book reviews.

His poems have appeared in many journals in the USA and UK, including Acumen, Magma, Modern Poetry in Translation, PN Review, Jewish Renaissance, and Poetry.

Poems online include ‘K. 525’, in Blackbird; ‘Lebanon’, in Szirine; ‘When I Married Her’, in Transparent Words; ‘Finnish Autumn’, in Poets of London; ‘The Empress of Certain’ and ‘September’, in Winning Writers; and a selection in The Horror Zine (featured poet in November 2009).

His first pamphlet, Renewal Soup, and his first full collection, A Cracked River, were published by Slow Dancer Press, London, UK, in 1996 and 1999. Two pamphlets followed, resulting from competitions: The Empress of Certain from Poet’s Corner Press, Stockton, California, in 2005 and Sailing with the Pleiades from Main Street Rag Publishing Co., Charlotte, North Carolina, in 2007. A fourth pamphlet, The Terrible Crystal, was published in 2008 by Hearing Eye Press, London, UK. A second full collection, Mourning in the Presence of a Corpse, appeared in 2008 from Dar al-Jadeed, Beirut, Lebanon. A third collection, Monastery of the Moon, was published in 2012, also by Dar al-Jadeed.

To Sing Away the Darkest Days – Poems Re-imagined from Yiddish Folksongs, published by Holland Park Press in May 2013, is a wonderful evocation of Jewish life in the Diaspora.

In April 2018, Holland Park Press will publish his latest poetry collection Stone. Bread. Salt. aims to catch the essence of life and hand it down to the next generation.

Norbert Hirschhorn has moved back to the USA and currently lives in Minneapolis. More information is available from his  website including a PDF download of his memoir To Heal the World – my life in medicine, poetry and public health.