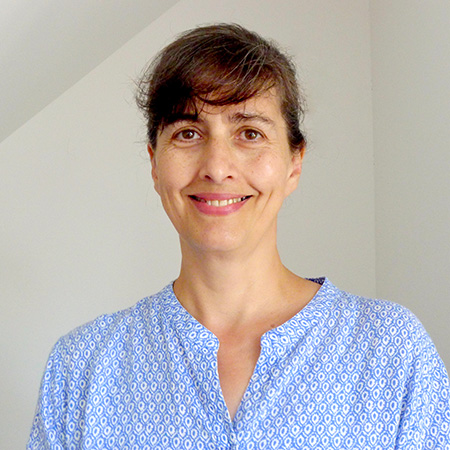 Vicky Grut was born in South Africa and lived in Madagascar and Italy before moving to England in 1980 to study fine art at Goldsmiths.

She has worked in community arts, for a small independent publisher, as a freelance editor, in the London office of the New Yorker Magazine, as a creative writing tutor and, since 2007, as a lecturer in universities, including The Open University, London South Bank and the University of Greenwich.

Her first short story was published in 1994 in Metropolitan Magazine and since then her work has appeared in new writing collections and literary magazines around the world, including collections published by Picador, Granta, Duckworths, Serpents’ Tail and Bloomsbury.

Vicky was twice a finalist for the Asham Award. Her nonfiction essay Into the Valley, published in Harvard Review #43, was listed as one of the Notable Essays of 2012 in Cheryl Strayed’s edition of Best American Essays, 2013.

Her story In the Current Climate won the Holland Park Press I is Another contest in 2015. Her novel-in-progress Human Geography was shortlisted for the 2017 Caledonia Novel Award.

Two of her stories were published in collections in 2018, one in the Mechanics Institute Review 15, another in the Harvard Review 52.

She is married to a Welshman from the Valleys and they have two sons.

Read about Vicky’s writing habits on the My (Small Press) Writing Dag blog.