The Poetry Café was packed and full of anticipation: poets eager to read their shortlisted poems, supported by family and friends, as well as poetry lovers looking for new poetic voices, and judges going over their notes. 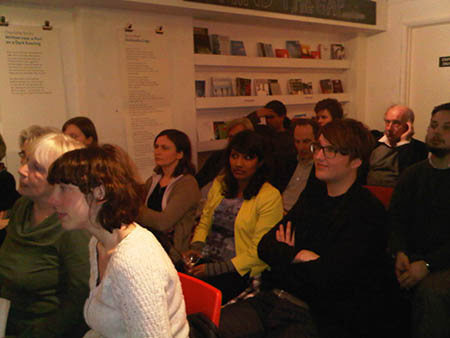 Of course everyone, apart from the judges, Astrid Alben and Stephen Watts, wanted to find out who had won the competition! 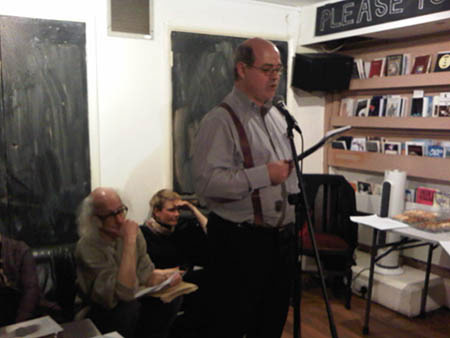 It was great that so many of the shortlisted poets managed to attend the meeting. Seven out of the eleven UK based authors managed to come, and one poet based in Scotland send her mother. Even two out of eight nominated Dutch poets were in the audience.

Arnold Jansen op de Haar explained how the English and Dutch shortlists were selected and delighted the audience with a reading of his poem ‘Combat Boots’.

So we were off, fortified with a drink sponsored by Holland Park Press:
Colin Bancroft’s poem ‘To the Lighthouse’ and Pauline Duffy’s ‘First Sunday of Advent. 1978.’ were read by Stephen Watts, Joris Denoo’s ‘Straat zonder einde’ (‘Street without an end’) was read by Astrid Alben. 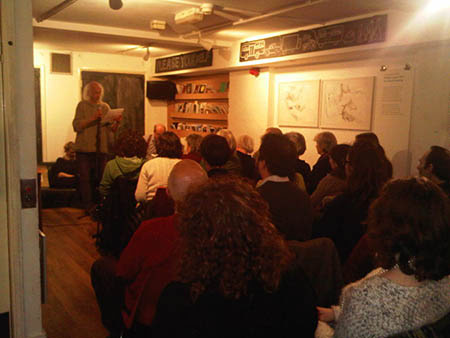 Next Justine Linnebank, all the way from the Netherlands, took centre stage to read ‘Dode dromen’ (‘Dead Dreams’) 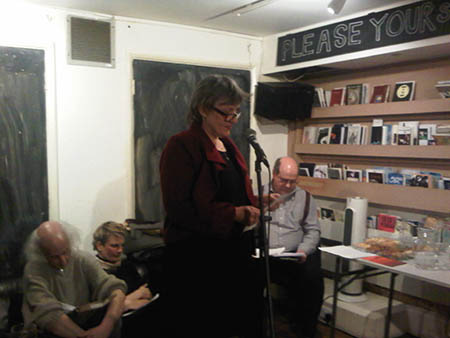 Atar Hadari, playwright and poet presented his poem ‘When’. 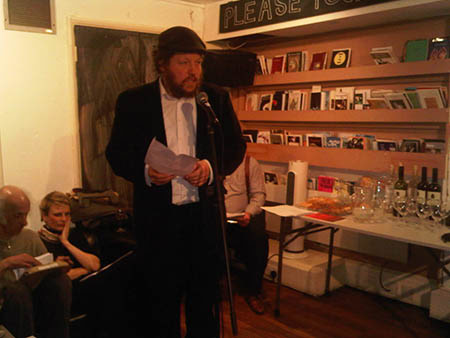 Sylvie Marie, a Dutch poet, couldn’t be with us, so Astrid read ‘winteruur’ (‘Winter Hour’). 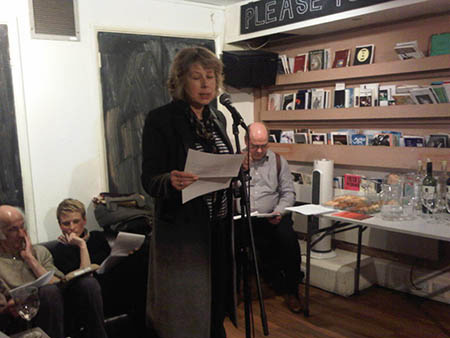 Meliza de Vries, the second Dutch poet who was in attendance, gave a beautiful reading of her poem ‘eilandhoppen’ (‘Island Hopping’). 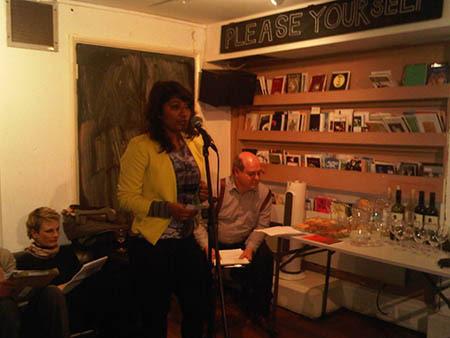 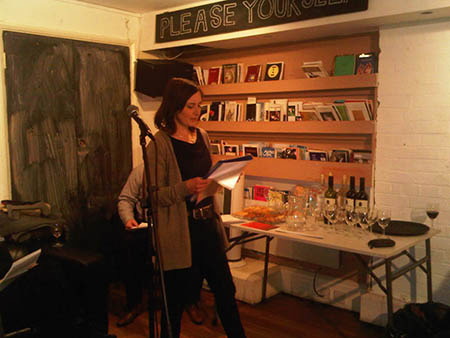 Emile den Tex’s  ‘Amsterdam’ was read by Astrid, and Nikki Magennis’s mother gave a beautiful reading of her daughter’s poem ‘The Rest’. She explained her daughter was at home looking after a three-year-old. 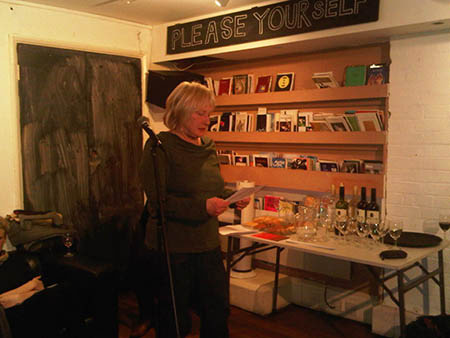 Next, Omar Majeed read his poem with the wonderful title: ‘To tell you my story would be to impose structure on chaos, and as such mirror the project of living, so perhaps it is worth a go.’ 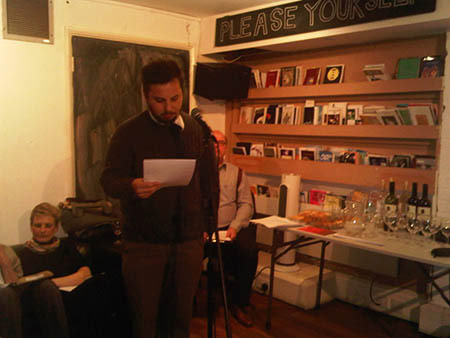 Finally Astrid read the poem ‘Waar ik was’ (‘Where I was’) from the last Dutch shortlisted poet Hans van Zwolle. 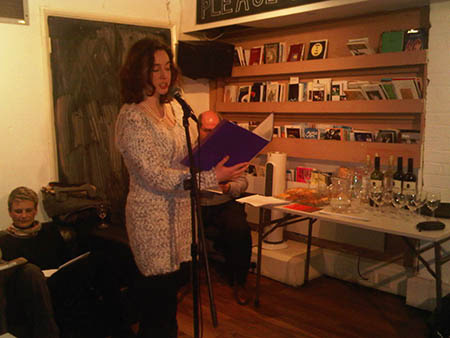 Deborah Stevenson gave a wonderful performance of ‘Cecil Park – High as the Swings’. 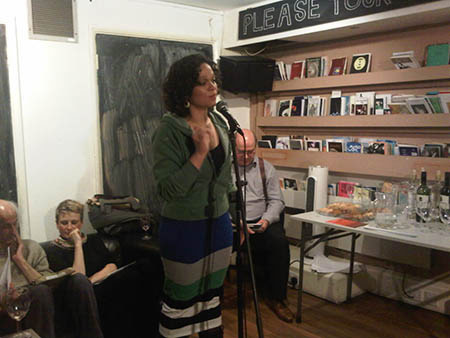 Last but not least, Mary Whitsell gave a wonderful reading of ‘Boxes’ 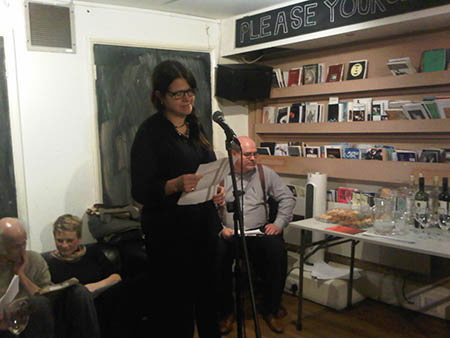 Now the moment of truth had arrived. Astrid Alben and Stephen Watts were charged with the task of selecting the winner. Astrid judging the Dutch shortlist, and Stephen making a selection of the English shortlist. Both agreed that the shortlists were of very high quality, making their job very difficult.

However there was one Dutch poem that particularly appealed to Astrid and that’s why she announced ‘eilandhoppen’ (‘Island Hopping’) by Meliza de Vries as the winning Dutch poem. 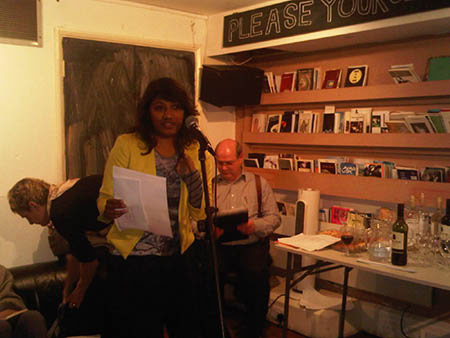 She was also taken with Joris Denoo’s ‘Straat zonder einde’ (‘Street without an end’), which she named as the runner-up.

Stephen thought there were six poems, though very different, that were very good, so he couldn’t select a runner-up. However he kept coming back to one poem, and it was only during the awards ceremony that he found out that is was set in London’s East End, an area in which he has lived for the past thirty years! So with extra pleasure he announced ‘Cecil Park – High as the Swings’ by Deborah Stevenson as the winning English poem. 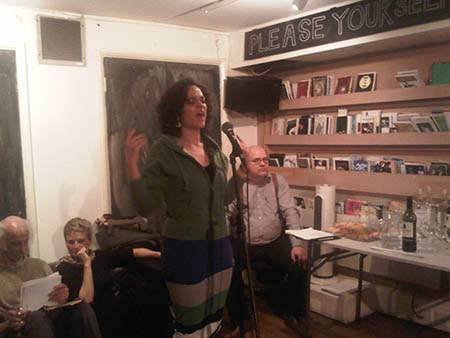 Congratulations to the winners and all the wonderful shortlisted poets.

The evening concluded with a lively reception and we all went home happy.

Enjoy reading eilandhoppen or Island Hopping and Cecil Park – High as the Swings.