To Life! was Norbert’s title on our handouts and what a fitting title it turned out to be! 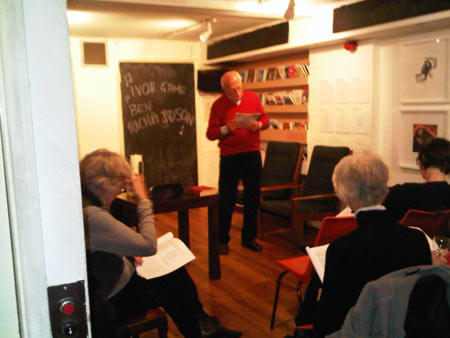 Norbert close up in full flow

As a Jew rediscovering his own cultural history, and as a poet, Norbert noticed that most English translations of Yiddish folksong lyrics are often dutiful, literal and stilted. So he set about ‘re-imagining’ those that ‘spoke’ to him, and distilling their essence to recreate, advance and occasionally subvert the original to create a vibrant poem in English.

For each folksong we first listened to it in a wonderful musical setting having the Yiddish text and literal English translation in front of us. A real treat! At times Norbert responded to the irresistible force of the songs. 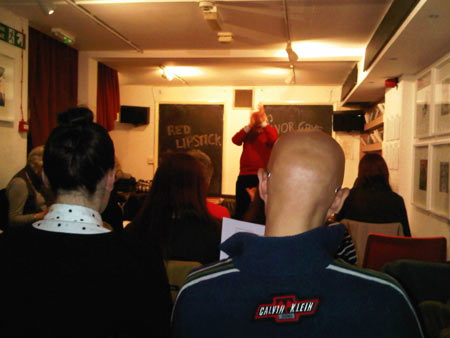 The scientist in me has to share Norman’s take on Der Filosof, literally The Philosopher, the term used for scientist before this term was invented in the 19th century. The original folksong satirizes the claims of miracles performed by Hassidic rabbis, although some took the song as literal truth. Here is a version for the present time:

Nu, Einstein, with your ferret’s brain,
Come and sit at our Rebbe’s table and learn
a thing or two. So you made a rocket

to shoot at the stars? Which makes you
a wonder? Ha! Our Rebbe opens his
umbrella and he’s dancing on Mars.
You discovered relativity? Our Rebbe can fly
faster than light, to greet the shabbos bride
from the previous night, returns looking younger.

Don’t beat the kettle about your Big Bang!
Who do you think was virtually there when G-d,
Master of the Universe, created time, heaven, earth!

And when the moshiyekh, the Anointed One,
comes to rebuild our Temple, our Rebbe will be
alongside – sanctifying, cantillating, praying. 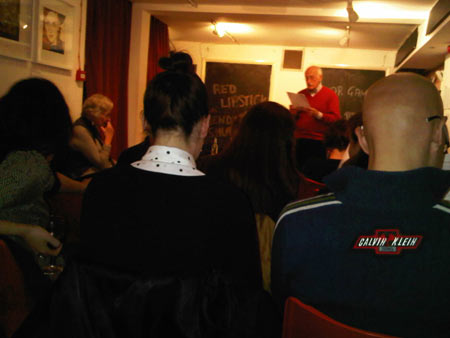 It was a truly wonderful evening and it finished with a lively discussion. I felt like being at a party, someone told me before she left.

Norbert’s project of responding to glorious Yiddish folksongs through English poems is a unique and ongoing project.