Launch of Winegarden a novel by Anthony Ferner

We’re inviting you to join us at the launch of Winegarden by Anthony Ferner on Sunday 25 October at 2pm in the Assembly Hall at the Town Hall, the Parade, Leamington Spa, CV32 4AT.

Winegarden recounts episodes in the life of Jacob Winegarden, an agnostic Jewish professor of theoretical physics whose speciality is ‘thought experimentation’. The novel tells a larger personal story of grief and survival, the ambivalence and persistence of love, and the meaning of being Jewish. 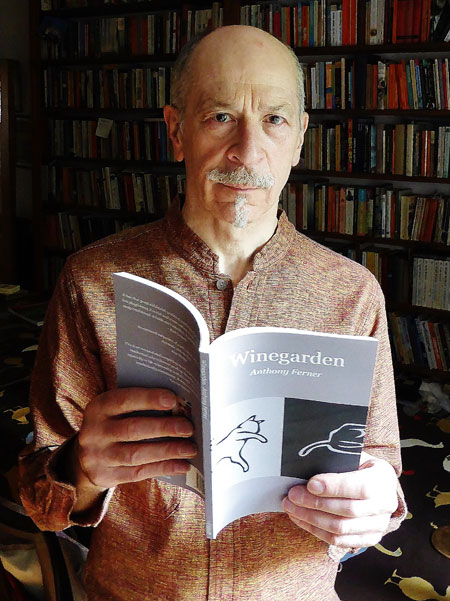 Anthony Ferner was professor of international human resource management at De Montfort University and was head of research in the Faculty of Business and Law for 12 years. He has been a member of the Tindal Street Fiction Group, based in Birmingham, since 2010, and Winegarden is his debut novel.

The launch on 25 October is the perfect opportunity to hear Anthony Ferner read from Winegarden, ask him questions, and of course purchase your signed copy.

Join us to raise a glass to this remarkable debut novel. Please RSVP bernadette@hollandparkpress.co.uk