The well attended evening at the London Poetry Cafe brought to our attention interesting facts about the life of Rainer Maria Rilke as well as excellent readings of many poems from Sonnets to Orpheus. 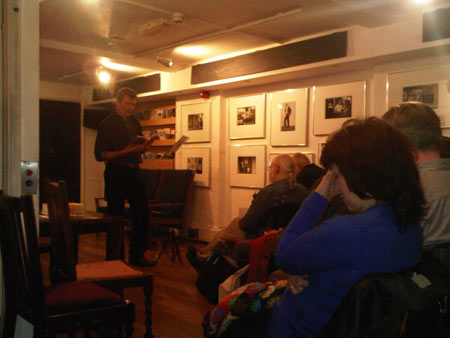 Martyn Crucefix considers himself foremost a poet and sees the translation of Rilke’s work as a one off project albeit an important one. In fact he has been working on translating Rilke for the past fifteen years and besides the just published translation of Sonnets to Orpheus, his translation of Duino Elegies was published in 2006.

Rilke worked on these two major works in the same quite long time span, often in lovely castles ‘lend’ to him by aristocratic female admires.

After the interval a member of the audience even gave us a taste of one of the poems in German. 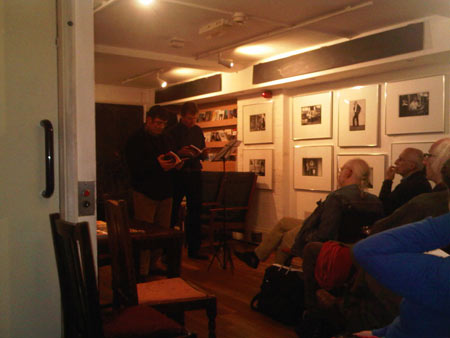 Martyn explained that he was attracted to Rilke’s work because Rilke wasn’t afraid to tackle big issues. He showed how a series of poems beautifully traced physical decline of one of his daughter’s playmates.

He also pointed out some interesting differences in style and form between Sonnets to Orpheus, and Duino Elegies by comparing a few poems from both works.

The evening finished with a flurry of thought-provoking questions which sent us home happy.

If you missed getting your copy at the reading, Martyn Crucefix’s brand new translation of Rilke’s Sonnets of Orpheus is available from Enitharmon and all good bookshops.