My Puppy Does Not Like It When I Read a Book!

Fifty years after asking for a dog as my birthday present, and getting a book about dogs instead of an actual dog, I’ve just together with my brother acquired a beautiful Labrador puppy. His name is Harry and he was born on 25 April 2017. His coat is officially black but has a beautiful dark-brown hue over it. 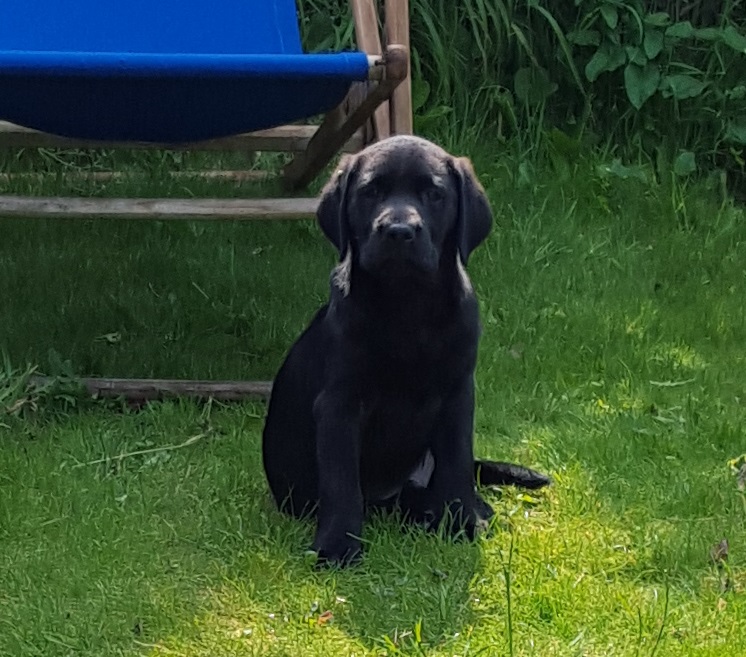 We only collected Harry less than two weeks ago and I’m sure he is as much coming to grips with us as we with him. I have no experience at all looking after a dog so there is going to be a lot of trial and error. Luckily my brother is something of a dog whisperer.
I prepared for Harry’s arrival by reading up on Labrador puppies and so I expected Harry to be a bit keen on biting though I didn’t expect him to like my dressing gown or ankles quite that much. It’s not fair that he seems to think that I am a substitute for one of his seven siblings whereas my brother has been cast in the role of top dog.
In certain situations, Harry is surprising easy going and already well socialised. For example: stepping over him when he is eating doesn’t bother him at all. Popping prosecco corks ditto (good dog!).
However, it’s a bit of a drawback for a publisher when your dog doesn’t like you reading! Whenever I try to read a book in his presence he plans an attack on my shoes or skirt. I can’t expect my dog to understand that reading is the ultimate form of playing, and at least (or not yet) he doesn’t eat my books and it’s useful too that he sleeps a lot.
It’s going to be an interesting (impossible?) challenge to teach him to ignore my reading and respect my books, in short to become a proper publisher’s dog.
Love0 Share Tweet Share 0 Share Pin