JUST Published! A Sense of Tiptoe by Karen Hayes

We’re delighted to announce a new poetry collection by Karen Hayes: A Sense of Tiptoe and other articles of faith – Poems.

As Karen puts it:

‘These poems, written at many different junctures and for a variety of projects seem to me to have a single theme; faith. Not all of them are concerned with the kinds of faith which might be contained by religion or ideas of God and some are more preoccupied with our ideas of faith in ourselves and our own humanity or lack of it.

Some poems in the collection are very much linked to place and some again are parts of sequences inspired by a particular location. At the cathedral and Worthy which bookend the anthology depict the architecture and monuments in Bristol Cathedral while The Twelve was composed during a term of Jury Service at the city’s Magistrate’s Court.’

Publisher Bernadette Jansen op de Haar says: ‘I’m excited to publish a second full collection by Karen Hayes. I was captivated by her poems from the moment I started reading them. It’s very unusual to find poems that deal with aspects of faith in such a perceptive, unbiased and lyrical form.’ 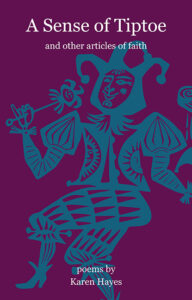 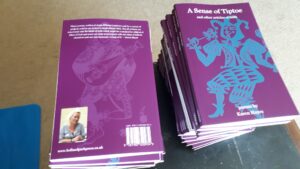 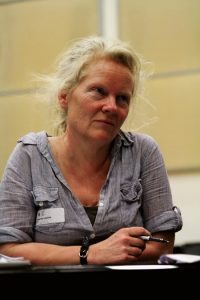