It’s not often that you don’t want a conversation to end after it has been going for more than an hour and a half, and that it kept your attention all the time. But this is just what happened when Michael Dean, author of The White Crucifixion, and Marc Chagall expert Monica Bohm-Duchen discussed the life of Chagall and his contemporary artists including Amedeo Modigliani, Chaim Soutine and Osip Zadkine. 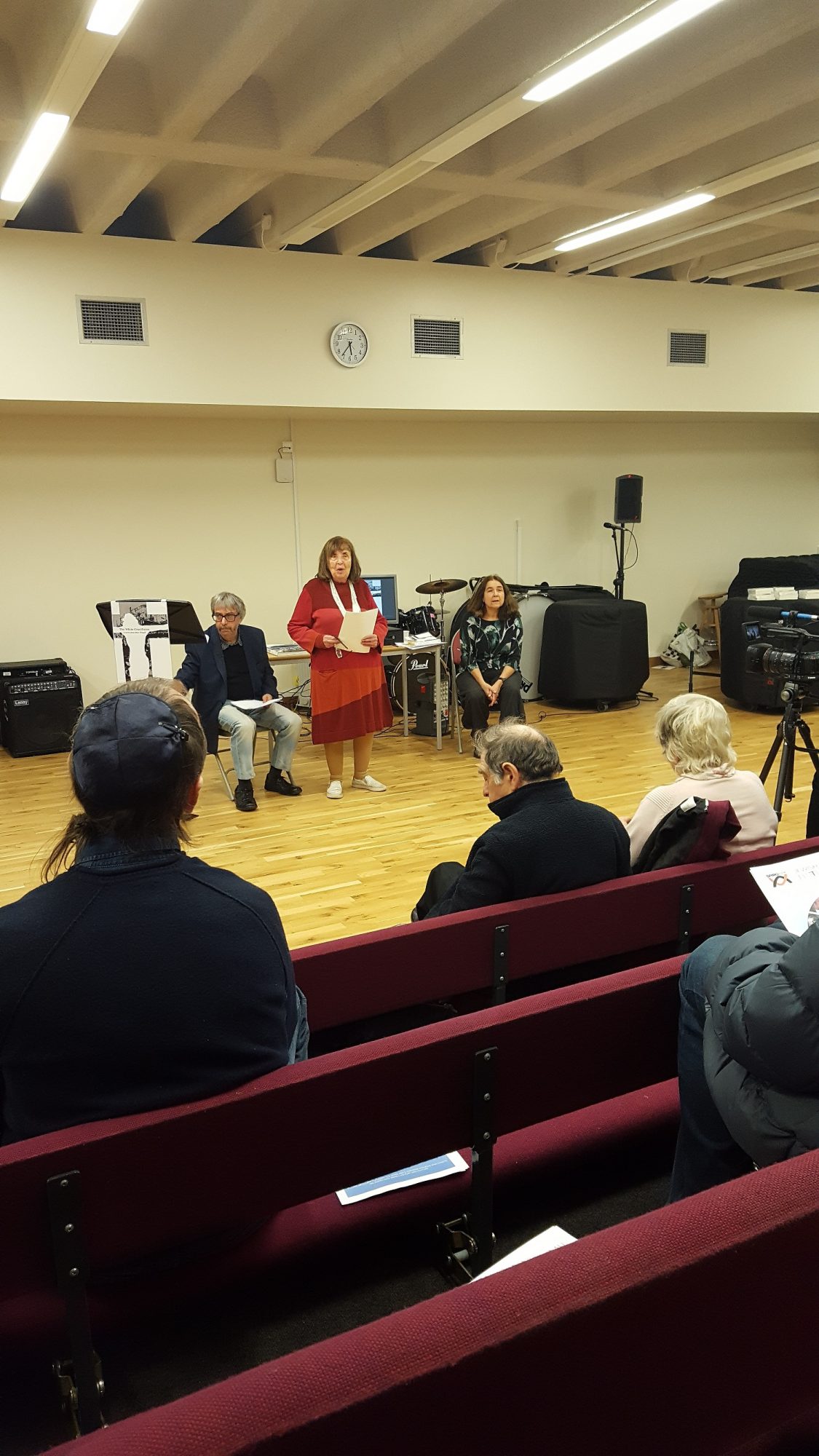 The event was organised by that powerhouse of Jewish culture Spiro Ark. The indomitable Nitza Spiro, who runs Spiro Ark with her husband Robin, did the lovely introductions. 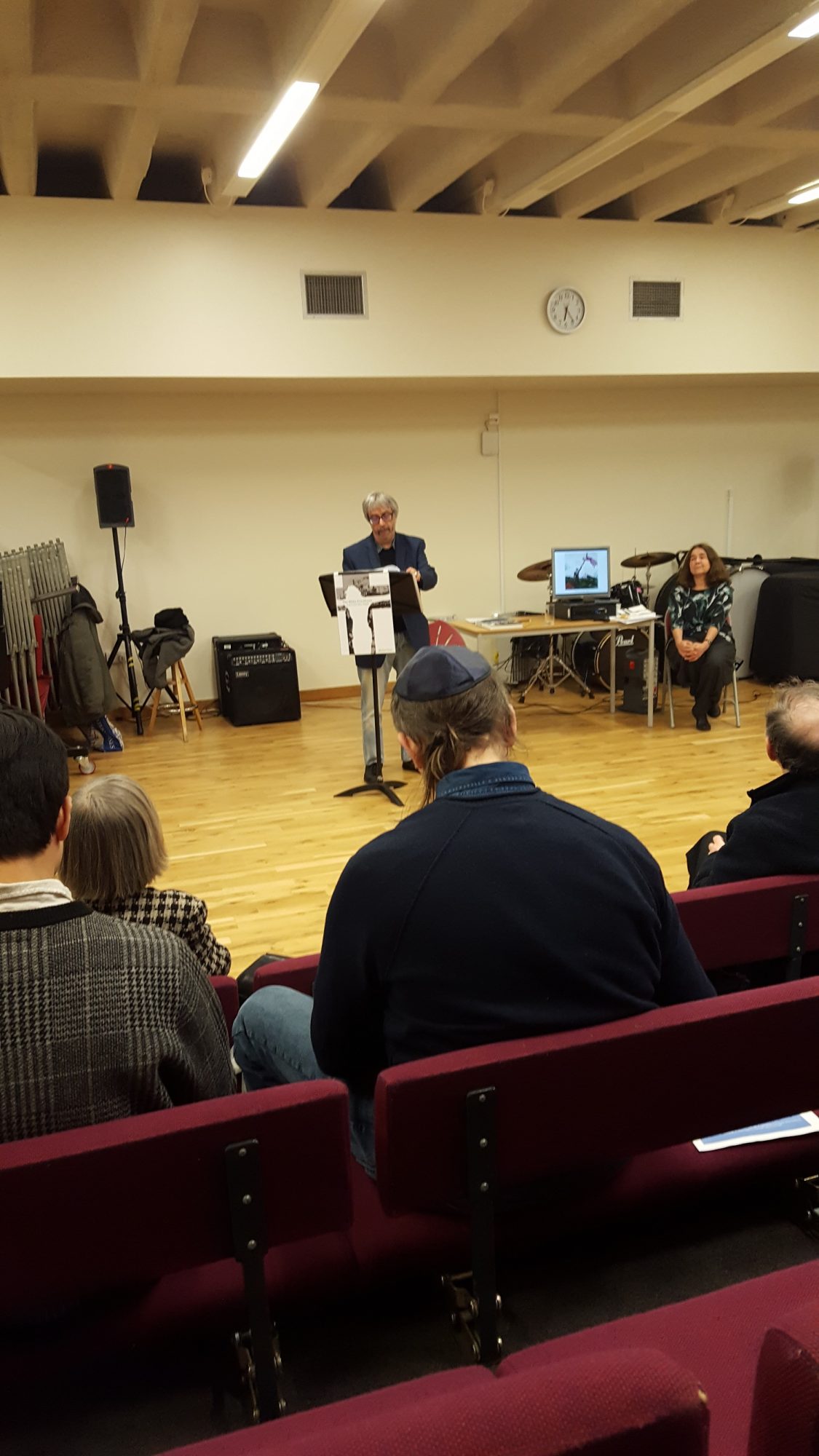 Several remarkable details came to light during the conversation between Michael and Monica, especially that in fiction you have the freedom to alter the facts to enhance their meaning. As Michael put it: I felt I could place Bella (Chagall’s wife) in Paris even though she wasn’t there because it gave me a chance to describe their unusual relationship but I could not place Chagall in his home town of Vitebsk during WWII, as he moved from France to the USA in 1941. However by having the Prophet Elijah appear in a vision I could describe the destruction of Vitebsk as seen from Chagall’s point of view. 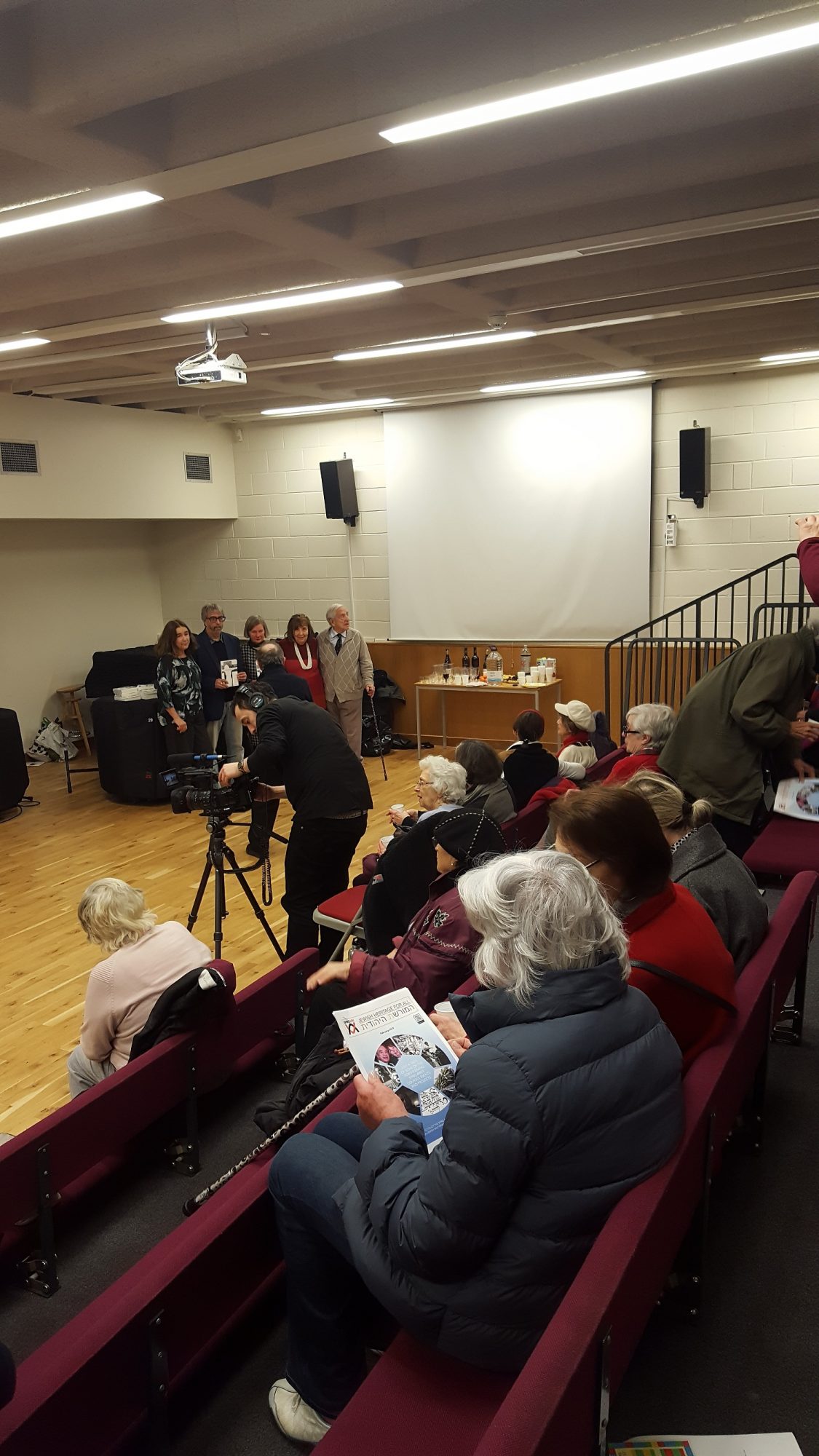 At the end of a wonderful evening, the key figures posed for a picture with the novel, from left to right: Monica, Michael, Bernadette (publisher), Nitza and Robin.

If you couldn’t make it to the evening you can buy a copy of The White Crucifixion  from this page or any good bookshop or Amazon.