We submit our books to as many prizes as possible. Not that I expect to win many but I think it gives a book exposure. You never know who will pick it up as part of the judging process and give it some of that essential word of mouth promotion.

Mind you, the best prize a book can win is selling many copies and, what’s more, you can help us choosing our book to become your Christmas presents. 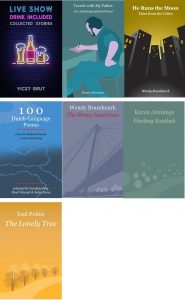