Some Contracts & A Funeral

So 2015 didn’t really wind down gently, but ended in a flurry of activities. Just imagine, having to get a print run sorted between Christmas and the New Year. So, I actually looked forward to the relative serenity of early January when there’s finally time to get some essential paperwork sorted. However that’s not how it turned out to be.

The first week began with an unexpected call from a very good friend and partner of another dear friend who it one of our authors. She actually sounded seemingly bright at first, (with hindsight she clearly was in shock), but I was quickly taken aback. ‘I’m afraid I have bad news,’ she said. How right she was, her beloved partner, our friend and author, David Ayres, author of the remarkable Top of the Sixties, had suddenly died. 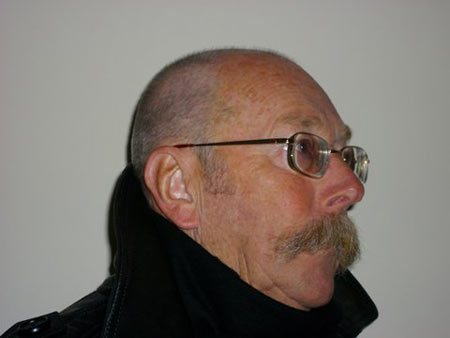 Totally unexpected. Well, only on Christmas Eve, he’d told me he was going to send me a new collection of short stories. Well, he hasn’t been given the time to do so. Yet, I’m sure that, as a guitarist and pilot himself, he’s posthumously delighted, and thinks it’s only fitting, that David Bowie died in the same week and at exactly the same age, a much too young 69.

Yet life goes on, as it should, and contracts loomed large. One was for a young translator, Asja Novak, who is going to translate the wonderful Place Lamartine into English. Place Lamartine is a Dutch novel about Vincent van Gogh set during his years in Arles, when he painted several of his masterpieces including The Sunflowers. Asja was trained at the largest Centre for Dutch Studies in the English-speaking world based at UCL headed by Professor Jane Fenoulhet.

During all of this Andrew Cox, our trusted guardians of all things web and design, came up with another stunning cover, this time for He Runs the Moon, Tales from the Cities. Doesn’t it capture the essence of the great American short story tradition? Ever so fitting for Wendy Brandmark’s exciting new story collection.

One of the other contracts has to be shrouded in some mystery for the time being, though we’re very excited about it.

Another new title is being put through its final paces. Its author Arnold Jansen op de Haar has been holed up in his late mother’s apartment for the past few weeks to put the finishing touches to an exciting new poetry collection: Het refein van andermans leven (English working title: Chorus of Other People’s Lives) which will be published in Dutch and English.

But back to author and dear friend David Ayres, who died in Lichfield on 4 January and who we remembered there on 29 January. He wrote Top of the Sixties, stories about growing up in a working-class community in the West Midlands during the 1960s. Dave turned his own life into literature and thereby recorded one of the most vibrant decades, not in music, not on film, but in everlasting words. When the future was bright, yet innocent. If you haven’t read it, you can and should from this page and good bookshops.