Why Start a Publishing Company?

Sorry for not blogging during the past few months, but April showed once again why it’s the “cruellest month”, but more about this later.

I think people are all unique but you can divide them into groups of likeminded individuals. Much as I dislike pigeonholing people, two particular very broad descriptions stand out: you have people who “go with the flow” and people who “swim against it”.

From the very start I was swimming against the tide. The first thing my mother saw after I had been born (it was a home delivery) was the GP hanging from a doorframe to sort out his shoulder which had been dislocated when delivering me. Actually there were other complications but I will spare you the details.

So when people tell me something can’t be done it is the very thing I want to pursue. At the height of the (banking) crisis it was clear the banks had problems looking after my savings, and when the then chancellor Gordon Brown refused to guarantee the full amount, my mind was made up: I should use it to start my own business. At the very least when that fails, I’ve only got myself to blame.

Them, naturally, I decided my company would be the antithesis of a money spinner and I decided to found a publishing company. Why? Because I like reading books that inspire and challenge me, and absolutely don’t go with the flow.

It very much helped that my brother, Arnold Jansen op de Haar, had already years ago, made the decision to become a writer, and from that time I had been the first reader of his work and accompanied him on the trails and tribulations of being published. So much for a head start.

When, in 2009, I told my then 84 year old mother that I was resigning from my well paid job as a director of an electronic publishing company to establish a new literary publisher, she said: “Wonderful news!”

Now how many 84-year-olds would approve of this? She became our patron forthwith. Even more impressive, she believed in the company and helped it in so many way. This was most remarkable during the last weeks of her life, when she still told people of the homecare about the publishing company, and she would say: “I only give you a few brief facts, the rest you have to find out from their website.”

She never had a computer or used a website! Wonderful woman who died during the cruellest month April, days before the 15th anniversary of her husband’s, my father’s, death.

Why start a publishing company? Well someone has to contribute to protecting our heritage. The sciences are the engine room of our economy, and always will be, I am a scientist, so I understand. This has to be taught and passed on.

Most of the legacy we leave behind is provided by the arts, though often inspired by science: words, music, pictures, sculptures, dances, and much more. This comes from the heart and has to be promoted.

So that’s why, I, who was trained as a theoretical chemist, but one who always read a lot, decided to start a publishing company. We accept manuscripts directly from authors and this is one of the most exciting things being a publisher, to find a manuscript in your inbox, read it and think: this is something very special, I want to publish it!

This doesn’t happen very often, so we don’t publish many books a year. We only publish the books that we think make an essential contribution to our legacy. That’s the easy part. Then we have to persuade you, the public, to part with some money to buy our books. 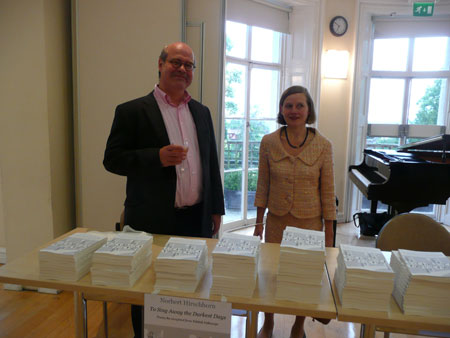 A book is a most wonderful thing and a bargain. Compare it to a cinema ticket. Yes, the film was wonderful, but you stand outside empty handed. A book you keep, or it becomes something you leave to your children or grandchildren, or you can give it away as a gift.

If you value a continuing supply of good quality literary books, i.e books that had to be written, comment on our society, and will speak to your grandchildren or your friends, you need to support the publishing companies that champion these books.

It’s easy, just buy from our website, it won’t break your bank, and please tell all your friends about it. Even better, give them one of our books!