June began with a bang on Saturday the 11th: winning a literary prize! Our very first. Our books have been on longlists and shortlists but they’ve never won. Until an eventful Saturday evening in Oxford.

Paul Vincent and John Irons won the Oxford-Weidenfeld Translation Prize 2016 for the magnificent anthology 100 Dutch-Language Poems‘  From the Medieval Period to the Present Day. They shared the prize with Philip Roughton for Jon Kalman Stefansson’s The Heart of Man.

Such a deserved win for two great literary translators. Paul Vincent was shortlisted for the same prize in 2015 which made it an extra special result.

For a small publisher these things really matter and our entire company, publisher & editor (also author and much more) or sister & brother were in attendance. 100 Dutch-Language Poems is selling well and we’re delighted it is going from strength to strength.

Another happy event at the start of June was the announcement of not one but two new novels being added to our list. In April 2017 a wonderful novel by Vincent Bijlo set in a boarding school for the blind, will be republished in Dutch and for the very first time in English.

Whether you prefer to read in English or Dutch, look out for The Institution or Het instituut, featuring Otto, a visually impaired boy with remarkable powers of observation. Through his appearances in the theatre, on radio and TV, his columns and novels, Vincent Bijlo has become a household name in the Netherlands.

June ended with a bombshell, the results of a referendum, which we should have seen coming but, I actually think we didn’t. There were indicators to say which way it would go, from voices heard at our bookstall every Saturday on Portobello Market, and from people I met at other events who expressed unexpected or complacent views.

Let me put this into perspective. I’ve moved to UK because I wanted to live here. I made the decision in front of a WWI memorial before boarding the ferry after my first visit in 1976. In January 1983, I moved to the UK and I have considered it home ever since. I’m Dutch but there was no need to change the status quo.

From a committed European (the EU was then still the EEC) and an enthusiastic supporter of proportional representation, I’ve become a bit Eurosceptic and I can see great merits in the constituency model (MPs here are directly accountable to their constituents). Maybe, that’s what this island does to you.

Actually, before I became a publisher of literary fiction, I used to be a director at a legal publisher specialising UK and EU law, so I’m quite familiar with the differences in how the law works on the continent and here in the UK. An interesting fact that motivated some of the key people in the referendum debate, although it wasn’t really played out.

So, I can see both sides of the argument to a certain extent. I actually shocked fellow Dutchmen and women when I announced well, before 23 June, that in case of a Brexit I may have to become British. But be that as it may, if I had been able to vote, it would have been to remain.

Like you, I’m trying to get to grips with it all. I’m not a writer, so I recommend that you read the columns of Arnold Jansen op de Haar, a poet and author, who put it much better than me in Letter to the British & Brexit Bear. You can read it in English or Dutch. 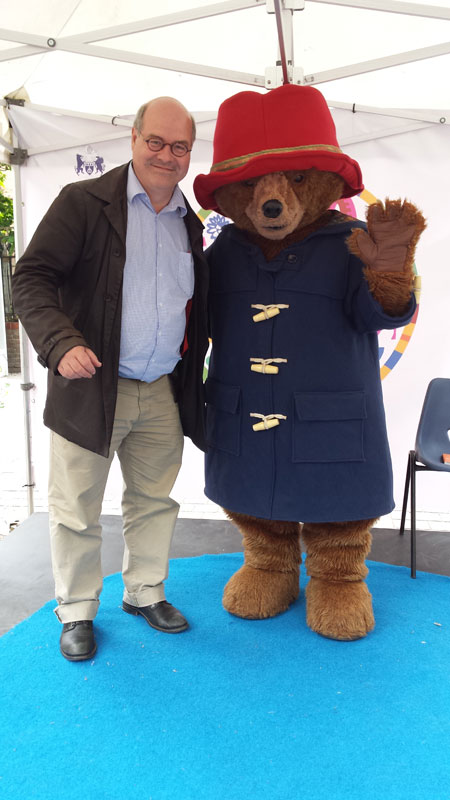